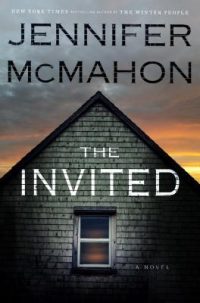 A chilling ghost story with a twist: the New York Times bestselling author of The Winter People returns to the woods of Vermont to tell the story of a husband and wife who don't simply move into a haunted house, they start building one from scratch, without knowing it, until it's too late . . .

In a quest for a simpler life, Helen and Nate abandon the comforts of suburbia and their teaching jobs to take up residence on forty-four acres of rural land where they will begin the ultimate, aspirational do-it-yourself project: building the house of their dreams. When they discover that this charming property has a dark and violent past, Helen, a former history teacher, becomes consumed by the legend of Hattie Breckenridge, a woman who lived and died there a century ago. As Helen starts carefully sourcing decorative building materials for her home--wooden beams, mantles, historic bricks--she starts to unearth, and literally conjure, the tragic lives of Hattie's descendants, three generations of "Breckenridge women," each of whom died amidst suspicion, and who seem to still be seeking something precious and elusive in the present day.

I’ve really enjoyed the Jennifer McMahon novels I’ve read in the past, so I was excited to see this one pop up on Netgalley.

Unfortunately, I didn’t like it quite as much as I’d hoped. Helen and Nate decide they’re going to give up their hectic lives in the city to go build a house by hand and live in the woods. Helen’s father recently died and left her a lot more money than she was expecting, so they can afford to. So they quit their jobs, pack up their lives in New England, and head out to the woods.

Once they get there, it becomes clear very quickly that things are not right with the land they’ve purchased, or their plan to build a house. However, Nate and Helen realize this separately, as their relationship is one of the first things to suffer in their new surroundings. Living in a small trailer, while they physically build their own house is a lot more difficult than either of them had expected, and neither of them is ready for it. Add in the strain of neither of them being able to sleep through the night, townspeople who are clearly not happy to see them, and their belongings disappearing night after night, and it’s easy to see the reason for the strain.

Olive and her father have been living an uncomfortable existence ever since Olive’s mother ran off and left them both. Her dad is obsessed with constantly tearing down the walls of their house and remodeling, and Olive is obsessed with finding the old treasure her mother assured her was hidden somewhere in the bog. It’s not immediately clear how these stories are going to connect, and they don’t fully. The intersection felt a little forced, and watching Olive skip school and snipe at her best friend wasn’t very interesting.

While this book was as well-written as anything from Jennifer McMahon, it was missing that undefinable creep factor that I usually find. It had all the elements I was expecting, but for some reason they just never quite gelled into that usual McMahon atmospheric read that I was looking forward to. And it was a little difficult to suspend my disbelief enough to believe that 2 middle school teachers are going to literally build their own house, a two-story house that they’re planning to live in. Helen’s dad was a contractor, and he let her hang around building sites when she was kid, and they’ve both done some work with Habitat for Humanity, so they decide that, armed with YouTube videos, that’s enough to build an actual house. They do hire someone to lay the foundation, but they, along with Olive, the fourteen-year-old, are going to build the rest of the house themselves. It’s a lot to buy into.

I was born in 1968 and grew up in my grandmother’s house in suburban Connecticut, where I was convinced a ghost named Virgil lived in the attic. I wrote my first short story in third grade. I graduated with a BA from Goddard College in 1991 and then studied poetry for a year in the MFA in Writing Program at Vermont College. A poem turned into a story, which turned into a novel, and I decided to take some time to think about whether I wanted to write poetry or fiction. After bouncing around the country, I wound up back in Vermont, living in a cabin with no electricity, running water, or phone with my partner, Drea, while we built our own house. Over the years, I have been a house painter, farm worker, paste-up artist, Easter Bunny, pizza delivery person, homeless shelter staff member, and counselor for adults and kids with mental illness — I quit my last real job in 2000 to work on writing full time. In 2004, I gave birth to our daughter, Zella. These days, we’re living in an old Victorian in Montpelier, Vermont. Some neighbors think it looks like the Addams family house, which brings me immense pleasure.