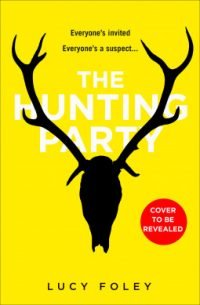 For fans of Ruth Ware and Tana French, a shivery, atmospheric, page-turning novel of psychological suspense in the tradition of Agatha Christie, in which a group of old college friends are snowed in at a hunting lodge . . . and murder and mayhem ensue.

All of them are friends. One of them is a killer.

During the languid days of the Christmas break, a group of thirtysomething friends from Oxford meet to welcome in the New Year together, a tradition they began as students ten years ago. For this vacation, they’ve chosen an idyllic and isolated estate in the Scottish Highlands—the perfect place to get away and unwind by themselves.

They arrive on December 30th, just before a historic blizzard seals the lodge off from the outside world.

Two days later, on New Year’s Day, one of them is dead.

The trip began innocently enough: admiring the stunning if foreboding scenery, champagne in front of a crackling fire, and reminiscences about the past. But after a decade, the weight of secret resentments has grown too heavy for the group’s tenuous nostalgia to bear. Amid the boisterous revelry of New Year’s Eve, the cord holding them together snaps.

Keep your friends close, the old adage goes. But just how close is too close?

There were a lot of things I liked in this book, but unfortunately, most of them were overshadowed by the things I either didn’t like or felt indifferent toward.

I was really excited to read this one. I love locked-room mysteries, and I really love mysteries involving old friends and hidden secrets. And parts of this worked for me really well. I thought the toxic friendship at the center of everything was very well told. I easily believed that one person involved was oblivious to just how toxic everything was. In 2019, it’s so easy to create a persona and to convince those around us of whatever we want.

What worked less well for me was the convoluted way the author managed to not let on who the killer was or even who the victim was. People, friends, even in conversations with each other, would talk around the crime and the victim, referring to “they” or “the guest”. It didn’t make a lot of sense. No one talks that way. It’s told in various points of view, but the different voices were nearly indistinguishable. It was difficult to figure out who was narrating each chapter. I don’t mean the narration. All of the characters were the same – shallow, mean-spirited, petty, and, frankly, boring. I didn’t like any of them, I found myself assuming who the victim was and not caring, and also not really caring about the killer.

There’s a trial section, too, and again, I just didn’t care. There were plot holes and dropped plots and it just never quite came together. I went as high as 3.5 stars mainly because the writing was decent, and the depiction of the toxic friendship that I mentioned was intriguing. But the mystery behind it all was underwhelming.

Waiting on Wednesday – The Hunting Party by Lucy Foley 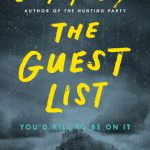