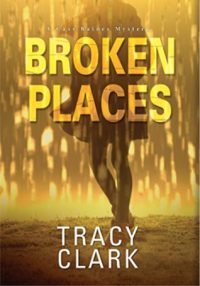 Former cop Cass Raines has found the world of private investigation a less stressful way to eke out a living in the Windy City. But when she stumbles across the dead body of a respected member of the community, it's up to her to prove a murderer is on the loose . . . Cops can make mistakes, even when they're not rookies. If anyone knows that it's Cass Raines, who took a bullet two years ago after an incompetent colleague screwed up a tense confrontation with an armed suspect. Deeply traumatized by the incident, Cass resigned from the Chicago PD, leaving one less female African-American on the force. Now she's the head of a one-woman private investigation agency, taking on just enough work to pay the bills. She spends the rest of her time keeping an eye on the tenants in her little Hyde Park apartment building, biking along the lakefront, and playing chess with the only father figure she's ever known, Father Ray Heaton.

When Father Ray asks Cass to look into a recent spate of vandalism at his church, she readily agrees to handle the case. But only hours later she's horrified to discover his murdered body in the church confessional, a dead gangbanger sprawled out nearby. She knew Pop, as she called him, had ticked off plenty of people, from slumlords to drug dealers and even some parishioners and politicians, with his uncompromising defense of the downtrodden. But a late-night random theft doesn't seem like much of a motive at a cash-strapped parish like Saint Brendan's.

The lead detective assigned to the case is all too ready to dismiss it as an interrupted burglary gone awry, just another statistic in a violent city. But Cass's instincts tell her otherwise, and badge or no badge, she intends to see justice done . . .

Cass Raines is pissed off, and I am here for it. She takes a bullet because of the actions of a dickwad fellow officer, and decides she’s done being a cop and playing by the rules of a system that’s designed to screw her over and keep her down, while constantly uplifting and promoting a cop who can’t be involved in the simplest of operations without fucking them all up. She leaves the force and sets up shop as a PI.

When the priest who acted as a father-figure to her is found dead – murder? suicide? – and the case is assigned to the same incompetent nitwit who got her shot two years ago, she realizes that the only way she’s going to get the answers she needs is to investigate herself.

This book was so good, it’s hard to believe it’s a debut novel. I’ve never lived in Chicago, only visited for the occasional weekend, and Tracy Clark managed to make me feel the city. Equally important, I could feel Cass. I could feel her simmering rage, her frustration at a system that keeps rewarding the wrong people, her sense of love and duty to this man who had stepped in to care for her after her own father couldn’t be bothered. Her determination to see the case through, to find out what happened, and prove that Father Ray hadn’t committed suicide was compelling enough to keep me turning the pages. Well, hitting the “next” button on my Kindle, anyway. I read this book in one sitting, though, because I had to find out what happened.

The actual resolution to the mystery was realistic and satisfying as well. No random suspects appearing at the last minute to the deus ex machina all over the place. Just a really well-planned, well-written mystery, and I can’t wait to see more from this author.

According to Tracy Clark’s website, there will be 3 Cass Raines mysteries, and the next one will be out this month, so if you need something to read while the weather is rainy and gloomy, grab this one up!

Tracy Clark is a native Chicagoan who writes mysteries set in her hometown while working as an editor in the newspaper industry. She is a graduate of Mundelein College, where she earned a Bachelor of Arts degree, and the University of Illinois at Chicago, where she earned her MA.

Since reading her first Nancy Drew mystery, Tracy has dreamed of crafting mysteries of her own, mysteries that feature strong, intelligent, independent female characters, and those who share their world. Cass Raines, ex-cop turned intrepid PI, is such a character.